Captain of Surfin Sem Fim, Guilly Brandão (three-time world champion of kitewave) and Mitu Monteiro (Cape Verdean world champion), athlete and route guide, were together with their families at Rancho do Peixe, in Preá (CE), to train until their SSF routes begin in August.

While Guilly was gathering his riders for the 200km Special Coaching trip, Mitu passed on tranquility and confidence to a group that would accompany him along the 40-kilometer Beginner Route, designed for beginner level kitesurfers.

On this Surfin Sem Fim route, it was Michael, 7 year old son of Mitu, who stole the show. “I was worried about teaching the first ‘theoretical’ concepts of the sport, such as safety and technique. Only after that did I allow Michael to enter the sea alone,” recalls Mitu.

Michael even participated in his first multi-day downwind led by his father on the Beginner Route. The kitetrip left Preá and was off to the beach of Tatajuba. They travelled for 40 kilometers across the ocean with a board at their feet, kites sailing, and a connection with nature that only the strength of the wind is able to provide.

Kite is a sport that unites people and engages whole families. Little Bento, the 4 month old son of Guilly Brandão, is the youngest in the Surfin Sem Fim family. Like the children of Mitu, Bento has learned early on that the backyard of his house is the sand of the beach.

“The experience of working and still having the support of my wife and my son is gratifying. Both are my inspirations,” Guilly says proudly, in his new role as a daddy. 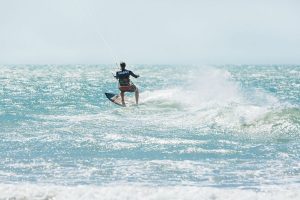 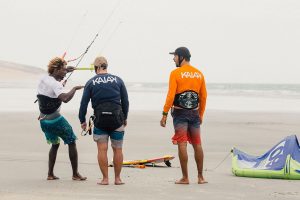 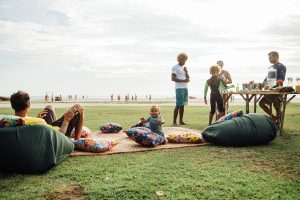 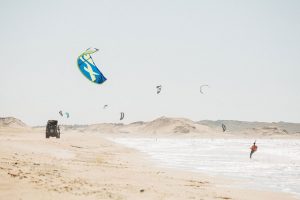 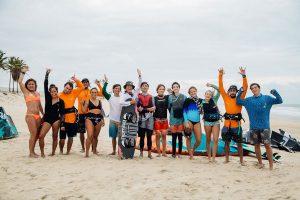 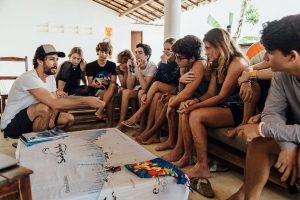 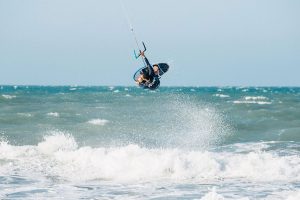