Cleaning the Beaches of Brazil’s Northeast 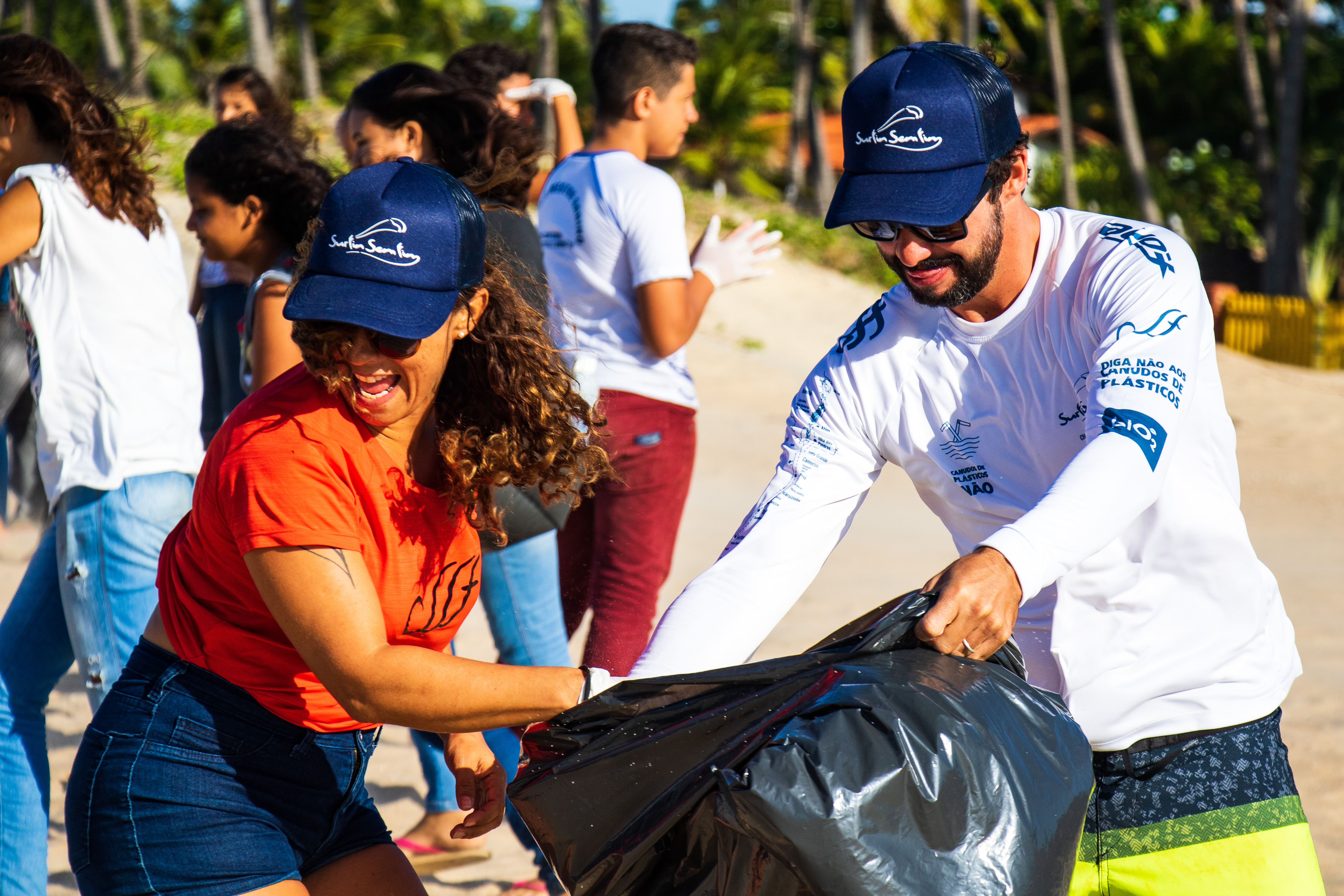 Thinking about making a difference, Surfin Sem Fim athletes, sportsmen, and organizers rolled up their sleeves and created a beach cleanup effort. The chosen point was the Pousada Vila Vagalume, in Guajiru, Ceará. The place is a strategic stop during the “Special Coaching” route, which starts in Cumbuco and goes to Icaraizinho de Amontada stopping

at Villa Mango – with coach Guilly Brandao (200km of kiting along the eastern coast of the state). The route has 14 kiters participating in the 6-day route, who enjoyed many good waves along the way.

They spent a few hours of walking along the beach identifying various types of garbage scattered across the sand, from plastic straws to pieces of styrofoam. These objects can take hundreds or even thousands of years to decompose in nature. While polluting the beaches, they are responsible for the deaths of dozens of marine species.

Alarming data on global ocean pollution has raised a lot of concerns. International surveys indicate that Brazil is the fourth largest producer of plastic waste on the planet. More than 11.3 million tons, behind only China, India, and the United States.

Participating in the action were kitesurfer Guilly Brandão (SSF captain), four-time world champion Carlos Mário Bebe, GarisBeach volunteers (who work weekly with cleaning on Flecheiras beach), students from Mestre Sabino school, and other locals. They were all led by businesswoman Giulianna Luizzi, who performs important volunteer work in the region on environmental awareness and is the founder of the @praiadeflecheiras project. “I am immensely happy to have the opportunity to have this experience! To have the SSF team here where I live, who traveled across several beaches and raised their flag that we support so much: as a symbol to take care of the environment. Here is my gratitude to everyone who once again accompanied me on this mission, and planted the seed of change.”

“This coast is so generous to us, and there’s nothing fairer but to give back at least a little with actions like this,” added Guilly Brandão.

We also had local riders, including the guys from the GKC kite school that attended the beach cleanup.

For athlete Carlos Mário Bêbê, the campaign is important to show children the importance of taking care of the planet. “Participating in such an initiative in defense of marine life is rewarding” comments Bêbê.

More than 20 huge bags of trash were collected during three hours of action. The children, who also had kite lessons with the champions of the sport, were very excited to contribute to the action. “I’m very happy to remove the trash from the sand so that the little turtles won’t die from swallowing plastic,” comments 5-year-old Gaya.